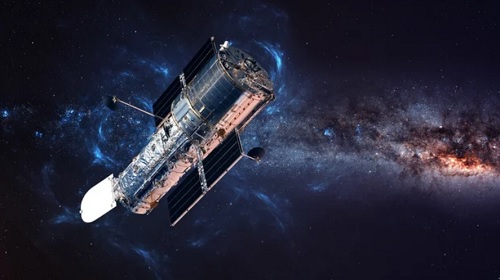 DuPont has announced that its technology, in the form of ultra-thin Kapton® polyimide films, is the crucial material protecting the James Webb Space Telescope (JWST) from the light and the heat of the sun, enabling it to function properly in space. After 30 years in development, the NASA’s JWST was launched on December 25, 2021, from the European Space Agency’s launch site at Kourou in French Guiana.

The $10 billion JWST is the largest space telescope ever built and features a deployable mirror measuring more than 21 feet in diameter, made up of 18 hexagonal mirror segments. The gold-plated beryllium mirror segments are more than 8 feet in diameter and will focus on four main areas: first light in the universe, assembly of galaxies in the early universe, birth of stars and protoplanetary systems, and planets (including the origins of life.) At the heart of the JWST is the Integrated Science Instrument Module (ISIM) a suite of four instruments including a near-infrared camera, a mid-infrared instrument, a fine guidance sensor and two different near-infrared spectrographs.

Space is one of the most hostile and extreme environments imaginable. Above the insulating atmosphere of the Earth, spacecraft are subjected to extreme temperature, both hot and cold, and a significantly increased threat of radiation damage. «The excellent thermal and mechanical properties of Kapton® polyimide film make it an ideal material for space applications,” said Tim Scott, business development leader, Aerospace & Defense, DuPont Electronics & Industrial. “For more than 50 years, Kapton® polyimide film has been an integral technological material supporting spacecraft missions beginning with the Apollo 11 mission in July 1969.”

The thickness of the aluminum and silicon coatings are even smaller. The silicon coating is approximately 0.05 microns (50 nanometers) thick, while the aluminum coating is approximately 0.1 microns (100 nanometers) thick. JWST’s sunshield was designed to be folded origami-style, twelve times in order to fit inside the Ariane 5 rocket, so the Kapton® polyimide film layers needed to be ultra-thin.

The Kapton®-enabled sunshield is a critical part of the Webb telescope design because the infrared cameras and instruments aboard must be kept very cold, under -370°F. and out of the sun’s heat and light to function properly. Each successive layer of the sun shield is cooler than the one below. The sunshield separates the observatory into a warm, sun-facing side with a maximum temperature of the outermost layer is 230° F, and a cold side with a minimum temperature of roughly -394° F.